Female southern stingrays grow much larger than males. Females grow to about a 6-foot span, while males about 2.5 feet. Its maximum weight is about 214 pounds.

The southern stingray's eyes are on top of its head, and behind them are two spiracles, which allow the stingray to take in oxygenated water. This water is expelled from the stingray's gills on its underside.

The southern stingray is a warm water species and inhabits primarily shallow tropical and subtropical waters of the Atlantic Ocean (as far north as New Jersey), the Caribbean and Gulf of Mexico.

Southern stingrays eat bivalves, worms, small fish, and crustaceans. Since their prey is often buried in the sand, they un-bury it by forcing streams of water out their mouth or flapping their fins over the sand. They find their prey using electro-reception and their excellent senses of smell and touch. 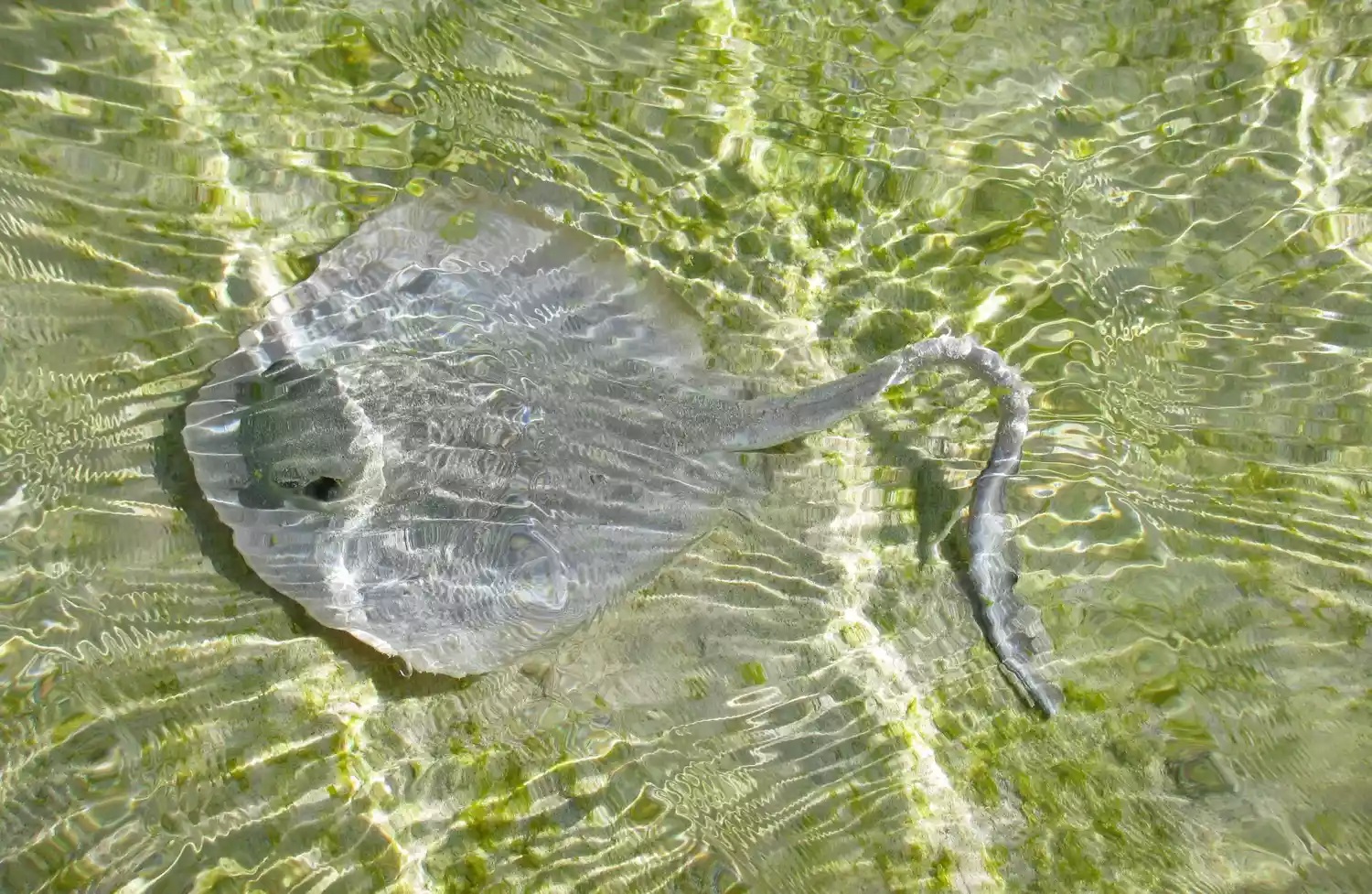 Little is known about the mating behavior of southern stingrays, as it has not been observed often in the wild. A paper in the Environmental Biology of Fishes reported that a male followed a female, engaged in 'pre-copulatory' biting, and then the two mated. Females may mate with multiple males during the same breeding season.

Females are ovoviviparous. After a gestation of 3-8 months, 2-10 pups are born, with an average of 4 pups born per litter.

The IUCN Red List states that the southern stingray is "of least concern" in the U.S. because its population appears to be healthy. But overall, it is listed as data deficient, because there is little information available on population trends, bycatch, and fishing in the rest of its range.

A large ecotourism industry has arisen around southern stingrays. Stingray City in the Cayman Islands is a popular destination for tourists, who come to observe and feed the swarms of stingrays that gather there. While the stingray's animals are usually nocturnal, research conducted in 2009 showed that the organized feeding is affecting the stingrays, so that instead of eating during the night, they eat all day and sleep all night.

Southern stingrays are preyed upon by sharks and other fishes. Their primary predator is the hammerhead shark.